Personal trainer for you and your dog

Heather is the founder and owner of Tail Waggin’ Dog Training. Heather holds her associates degree in business from The University of Southern Maine, as well as earning her Advanced Dog Educator/ Trainer certificates from Jo-Thors’ Dog Training Academy in Marietta, GA. She is a member of the Association of Pet Dog Trainers and continuously attends seminars and conferences such as the annual APDT Conference and clicker expo.

Continuously improving her skills, Heather’s most recent certification was achieved in December 2020. She is now certified by the Karen Pryor Academy in the Animal Training & Behavior, Puppy Start Right for Instructors course. You can see more information about the certification here.

Heather also became a Certified Training Partner (CPT) from the Karen Pryor Academy (KPA), a rigorous program based on the most up-to-date behavior science and modern training and teaching practices earlier in 2020.

As well as being an active member and trainer for the Cape Cod Kennel Club, she is a certified evaluator for the American Kennel Club’s S.T.A.R. Puppy and Canine Good Citizen and Therapy Dogs International. Heather is also a certified agility instructor through White Mountain Agility School.

Heather is a devoted animal specialist and caring pet owner. She has been working with animals professionally for the past twenty-seven years. Heather, a native Cape Codder, currently has a Border Collies, a Border Collie Mix, one cat and a Green Winged Macaw, all of which are rescues and live in Brewster, MA. Her specialty is working with behavior-specific issues utilizing clicker training, positive cues and reinforcement.

“Training your dog is all about achieving a positive relationship between you and your dog and having fun while doing so,” says Heather.

K9 training and competition have been an integral part of Sue’s life for quite some time. She has been training dogs for over 50 years starting with an apprenticeship with an AKC Welsh Terrier breeder, getting puppies ready for the confirmation ring and then obedience class competitions. Later on as a police K9 handler and trainer, Sue trained her own police dogs, K9 Bob and K9 Art, for patrol, narcotics, and tracking work. In 1990, Sue spent one month in Germany with K9 Bob living and training at the German Customs Police Dog School in Neuendettlesau, Germany learning their methods of canine scent work.

During Sue’s time in law enforcement she proposed and developed the department’s first K9 program. Once implemented, Sue and her K9 Bob and K9 Art became the first K9 Unit for the Duxbury, MA Police Department. During their years on the force they were responsible for finding many criminals, lost individuals, and illegal narcotics and evidence.

Sue and her police K9 Bob competed in many United Schutzhund Clubs of American trials, and police WPO and DPO trials as well as the United States Police Canine Association trials, traveling all over the country. They also competed internationally in Germany as members of team USA at the 1989 SV-Bundessiegerprὕfng in Hannover. Early in his career, K9 Bob won third place in a national DPO competition. His titles included DPO I and II, SchH 1, 2, 3, and Police Service Dog I and II, Narcotic Detector Dog, and Tracking Dog.

Sue retired from police work in 2011 after 34 years on the job. Sue’s passion for dogs continued into retirement when she discovered the NACSW and began to train & compete in the civilian sport of nose work. Sue subsequently established her business, Canine Partners of Cape Cod, to assist busy owners of puppies in properly socializing their young dogs as well as providing instruction in scent work and tracking. Sue has attended many obedience related classes and K9 Nose Work® Classes. She has NACSW titled two of her dogs and her third dog is currently in training.

Recently Sue became a National Association of Canine Scent Work ANWI and has been a Trial Judge since 2014. Sue teaches the fun sport of K9 Nose Work® through the NACSW so that the public can experience the fun of bonding with their dog while observing the awe inspiring abilities of their dogs. She is also a certified Nosework instructor with the National Association of Canine Scent Work. Sue’s classes are held on the South Shore and Cape Cod.

Sue has a bachelor’s degree in education from UMass Amherst and a master’s degree in Criminal Justice from Curry College.

Katie Tracanna, ANWI
Adopting a fearful dog opened my eyes to a whole world of new concepts as I tried to help her become more comfortable and relaxed in everyday life. I started Nosework in 2015 as a way to help build her confidence. From that 1st class, she and I were hooked.

Shortly after, I adopted another dog who was environmentally sensitive. I immediately enrolled him in Nosework classes. To this day, I still love watching their confidence grow as we navigated this sport together. When I started Nosework, I had no plans to compete. That was until I volunteered at a Nosework trial (highly recommended to anyone interested in this sport). Between the fun atmosphere and friendly people, I was drawn to participate.

In 2018, with the support of my instructor, I entered my 1st Nosework Trial. Training and competing with my dogs has been such an incredible journey. In 2021, I entered the Nosework certification program through the NACSW as I want to help other teams find joy in this fun sport. I could watch dogs search all day long. I’m so excited to share this sport with anyone who wants to come play.

No refunds for classes after a session starts. 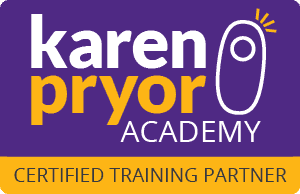 Phone icon made from Icon Fonts is licensed by CC BY 3.0